Twitter is the modern day scroll. An endless papyrus roll with an inkwell that never dries.

For football supporters, long-form pieces and goal GIFs from our favorite football writers are only a log-in menu away.

Sure, you’ve got your @andybrassels, @Okwongas and @JamesHorncastles. But then there’s the hole-in-the-wall handles that only the locals know of.

Rogue handles whose independence from major media conglomerates allow them to share some of the best football content online.

Ladies and Gentlemen my top three:

@3four3‘s posts are barbwire sharp. He never wastes any of his 128 characters.

One moment he’ll rage against the festering mediocrity of USSF. The next drop an Elon Musk quote.

He even sites Jiro Dreams of Sushi to impart the value of patience and craft to youth coaches.

@3four3 is for those who believe the US program can reach the global standard – if it’s willing to take action on the hard truths it faces. 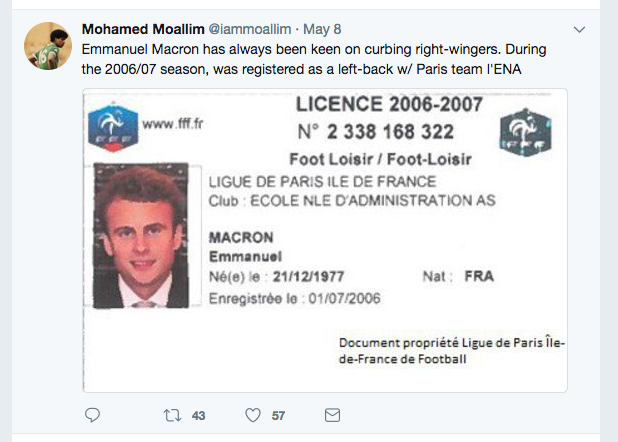 @iammoallim is a digital footballer yearbook. A curation of historic football images mixed with concise bursts of copy.

You’ll bear witness to such photographic masterpieces as Andrés Iniesta with hair or Johan Cruyff nursing a steak.

You’ll be hypnotized with GIFs of Zidane controls. And your pub quiz game will stay ripped with thought provoking stats.

But where @iammoallim keeps me procrastinating is with a slew of quotes from managers and players past. Quotes that reveal the origins and training sessions from the most progressive minds in football.

Follow @iammoallim and your mind will morph into a football oracle. 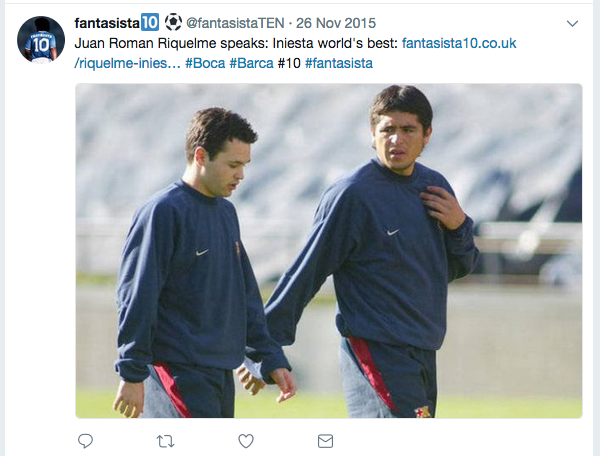 @fantasistaTEN is the twitter temple for football’s hallowed position – the #10.

The feed verges on a Baggio overdose, but that’s understandable. It’s ROBERTO BAGGIO.

Where @fantasistaTEN excels, is in highlighting the obscure number 10. Journeymen creators such as Internacional’s Camilo and Pescara’s Ahmad Benali. Pitch wizards who don’t play for glamour sides, but enchant crowds nonetheless.

@fantasistaTEN will remind why football is your first love.